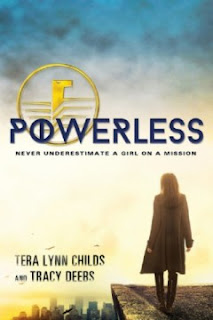 Mark your calendars, Powerless in PAPERBACK hits shelves May 3rd! 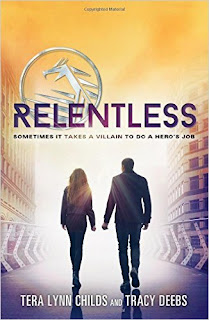 
Revenge is easy, but justice is worth fighting for…


Kenna is tired of being lied to—and hunted by the very allies she once trusted. Unearthing the dark secrets of the superhero world has not only endangered her life, now her boyfriend faces execution for crimes he didn’t commit and her mother is being held captive in a secret governmental prison.


But the truth is even more terrifying than Kenna could imagine. A conspiracy threatens the fate of heroes, villains, and all of humanity. If Kenna’s going to survive, she must draw on her deepest strength: her resilience. Because when Kenna’s pushed to the limit, she doesn’t break down. She fights back.

Mark your calendars, Relentless hits shelves June 7th!
Posted by Jessica at 12:20 AM