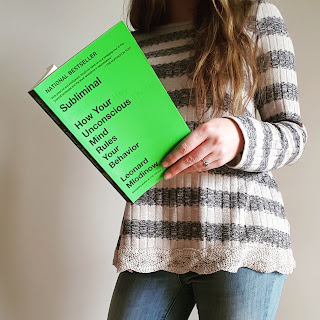 I'm pleasantly surprised at how much I enjoyed reading Subliminal: How Your Unconscious Mind Rules Your Behavior. I'm also very surprised at how much it makes me miss being in college and sitting through psych class after psych class.
Personally, I was intrigued with the chapter, The Importance of Being Social.
It discusses things like how the brain reacts in certain situations, regardless of person. Most people have the same animalistic impulses that we see in most animals. This reminded me of the justice system.
We need social interaction to survive, we need human touch, we need conversation, we need to feel like we have some form of control over our lives. So when people are arrested, placed in a cell and stripped of their basic human rights, it makes sense for them to interact with other inmates like animals would. They form cliques, the offer/need protection, they find a sense of camaraderie just to survive on a day to day basis.
This was interesting for me to read because my field of study was psych and justice sciences. It was exciting to find information on a topic that I hadn't yet explored. I thoroughly enjoyed reading everything in this book. Leonard Mlodinow wrote this as an attempt to explain the unconscious mind and I believe that he kept everyone in mind while he wrote it. Even without any knowledge of neuroscience, anyone who is interested in the human mind, or behavior in general, will find this book easy to read and comprehend.
Posted by Jessica at 12:19 AM No comments: 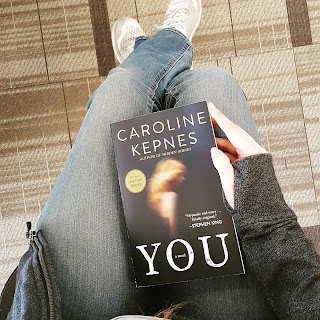 Well, I don't want to be that girl that says the show was better than be book, but honestly?

I'm kind of hoping the show is better.

So I decided I wasn't going to watch You on Netflix until after I read You and Hidden Bodies by Caroline Kepnes. But I'm kind of unimpressed with this book and I don't exactly know why. So stay with me while I try to work this out.

I don't feel like I had any connection to these characters.
In the beginning, when Beck first walks into the bookstore and notices Joe, I kind of felt like I could be her. But then she just did a complete 180. But still, I tried to put myself in her shoes and she was just OBLIVIOUS to everything. Joe preyed on that, which is the basis of the book. He became infatuated with Beck. He had to know her every move, every word, every story. He needed to be near her. But even as he's stalking her, Beck is still doing weird shit and he's still loving it.

It was just odd the way everyone interacted and the way literally EVERYONE was so oblivious to their surroundings. They had zero regard for anyone other than themselves, which kind of makes sense given that they're all being stalked by Joe who preys on vulnerable people.

I just don't really know how I feel about this book.
I'm hoping Hidden Bodies brings me around to loving it.
I'm hoping the show holds my attention.

I just feel, eh about it.

Looking for the rest of the series?
Hidden Bodies (You #2)
Posted by Jessica at 12:46 AM No comments: 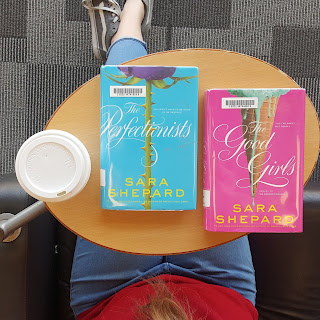 THIS MUCH EXAGGERATED DRAMA MAKES ME SO GLAD I'M NOT IN HIGH SCHOOL ANYMORE.

Okay, so obviously I gave The Perfectionists a terrible review.
The Good Girls is slightly better, but still nothing to rave about.

The Good Girls picks up where The Perfectionists stops, people are still dying all around this group of girls. They continue to be brought in for questioning and begin questioning if they can trust each other. Each girl has to go through an individual pysch eval with Dr. Rose. That's where the drama flares to life. This felt less Pretty Little Liar-y than the first book. The characters had more background and depth than when they were first introduced. So that was a nice touch.

However, one of my biggest pet peeves is when people use the words prison and jail interchangeably, which Sara Shepard did repeatedly throughout this book. (Sorry, I have a degree in Criminal Justice and it just drives me freaking crazy) I assumed Sara Shepard would do research on something she was including in one of her books, but noooooooo. She threw a (presumably) 17 year old kid in PRISON and then said the kids parents couldn't BOND HIM OUT.

UPDATE: YOU CAN'T BE BONDED OUT OF PRISON.

Then to make it even more annoying, another (presumably) 17 year old kid GOES TO THE PRISON TO VISIT THIS KID WHO THEY HAVE NO RELATION TO AND WITHOUT PARENTS.

OH. and this kid was thrown in prison within a week of the supposed crime.

Like stop, no. That is not how any of that works.
As for the mental health side of the story, I was unimpressed. Again, very little research was put into this aspect of the story and I was incredibly disappointed.

Anyway, I'm starting the show this week.
Wish me luck!

Looking for adult books by Sara Shepard?
The Heiresses
Posted by Jessica at 4:04 AM No comments: