The Knife of Never Letting Go 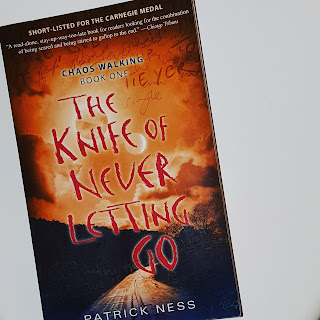 Every wonder what other people are thinking? Well, Young Todd knows all about that. Being the last boy in a town of all men, he hears the others thoughts. In fact, everyone can hear thoughts. This "noise" is a never ending world of chaos and confusion. After sensing something was wrong, he gets sent off on a mad chase to find New Haven. While traveling with his loyal dog, Manchee, they find a girl. The first girl Todd has ever seen. Todd, Manchee, and the girl have to fend for themselves in the crazy New World. We watch them try to survive with no knowledge of what to do or where they are headed. Running on, we watch the girl struggle with the loss of her parents, and Todd's inner struggle with himself. The love they share with each other is one that you will never forget. Patrick Ness does an excellent job of making the characters vulnerable and believable. The twist at the end will make you want to finish the entire trilogy. Keep waiting for the next two summaries. :)

Looking for other books by Patrick Ness?
More Than This
Posted by Jessica at 9:25 AM 2 comments:

The Perks of Being a Wallflower 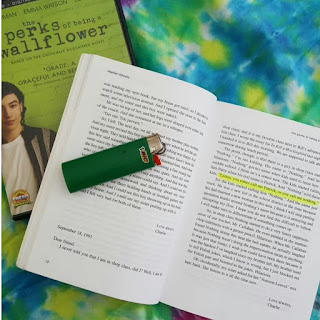 Lets take a journey through the anonymous letters sent by a troublesome teen. Charlie was starting his freshman year of high school, with no friends. He just could not fit in. Overhearing other kids talking about this person who listens to your problems and doesn't judge, Charlie began to writing letters to this person. He tells about his childhood, his family, his struggle to fit in, and his first experiences. Making his first friend, a senior called "Nothing", Charlie finally finds a place. Instantly, he falls in love with Nothing's stepsister and the story goes on from there. This collection of Charlie's letters will leave you speechless. Chbosky makes his characters so lovable. You want to make them feel wanted. Perks of Being a Wallflower is a coming of age book that I feel most teenagers could relate to.

Looking for other books by Stephen Chbosky?
Imaginary Friend

On another note, Perks of Being a Wallflower was made into a movie in October of 2012. It follows the story line almost perfectly. The roles could not have been cast any better. And the movie soundtrack was to die for. I recommend reading the book before seeing the movie. It's much more enjoyable that way. Anyways, take a peek at the movie trailer. :) 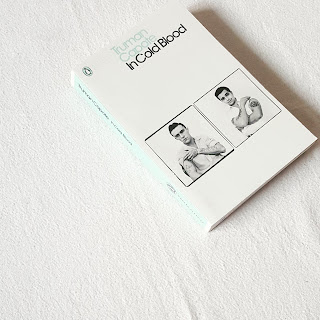 Last week, I finished reading the book In Cold Blood by Truman Capote. In Cold Blood is a factual story about two men whom have just gotten out of prison. These two men turn into cold blooded killers. Meeting at the bus station in Kansas, they hit a house with a completely innocent family. Capote describes in detail about the murders, the trial, and the prosecution. The twist and turns in the novel lead you on the men's adventures. We follow them to Mexico, to the cheap motel, through their childhood, and eventually their time in jail. This novel will leave you anxious, and hungry for more. I recommend everyone read this book. However, don't get too attached to the characters. In the end, they face the cold hard truth. They were killers and had to face the harsh reality of what they had done.

Looking for other books by Truman Capote?
Other Voices, Other Rooms

Looking for other books based on the Clutter Family Murders?
No Saints in Kansas