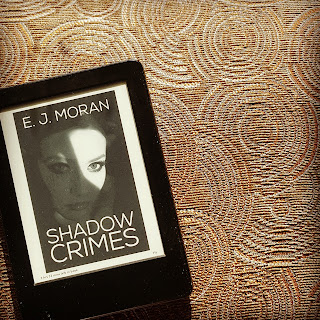 Earlier this month I participated in the PICT book tour for Shadow Crimes. As I was typing up the excerpt for my post (which you can find here), I realized this book might grab my interest more than I expected. So I hopped on smile.amazon.com and got myself an e-copy.
Now before you head over to the excerpt, I want you to know that I have posted a disclaimer that it includes a rape scene. In fact, the entire book has several rape scenes.
That being said, let's jump in.
Shadow Crimes starts with the brutal attack on an up and coming redheaded model named Rhonda. The modeling industry was shaken by this startling event and starts looking out for their own a little more. The story then jumps to our protagonist, Anna, a redheaded model who has just been discovered. She moves to NYC to becoming fully immersed in the lifestyle, but at just 18 she might be in over her head. Nevertheless, she keeps her eyes and ears open and always trust her gut. But that might not always be enough. When she takes a modeling gig in Italy, her career suddenly takes off. She's now an international model, who wouldn't want her on their team?!
Anna has a nagging feeling that she should be more careful because the killer could be near. I mean, he got to one of her dear friends. Nobody is safe anymore.
Shadow Crimes was unlike any book I've read before, but it was good.
Well, it was okay.
It's super anticlimactic because about halfway through the book, you basically can guess who the killer is and I promise you'll be right.
But overall, it was a good, quick read; one that I would definitely recommend to my friends.

Looking for the excerpt?
Shadow Crimes Exclusive
Posted by Jessica at 12:59 AM No comments:

I Am Not a Serial Killer 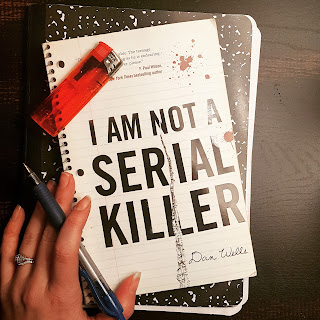 John Wayne Cleaver doesn't want to be a serial killer.
He's trained himself for years on what not to do.
He's made a list of rules he has to follow.
He's built a wall inside himself to keep Mr. Monster at bay.

John knows he has all of the characteristics of a serial killer.
He knows he has to fight those urges, but when a killer comes to town, are his rules enough to keep him from his murderous tendencies?

I Am Not a Serial Killer is a 6 book series that follows John through his dark and lonely life.
I'm actually super excited to read the rest of this series, but I will say I had a few issues with the book. Once the climax hits, the whole book kind of takes a supernatural turn that I was not expecting at all. I'm not a huge fan of books with supernatural aspects, so that was kind of a bummer for me. But other than that, the book was fantastic. I'm hoping the rest of the series sticks to the psychological, serial killing side of John.

Anthologies:
Life Inside My Mind
Posted by Jessica at 4:29 AM No comments:

Friends and Other Liars 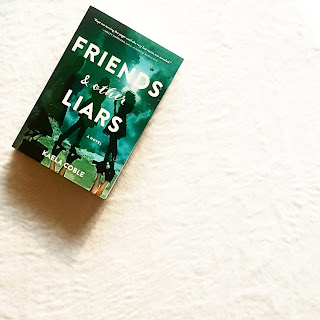 This book is fantastic!
It starts off from Danny's point a view but what is fascinating about his POV is that, well, he's watching his friends come together at his funeral.
That's right, Danny is dead.
His final wish?
Get his friends together so they can all get to know each other a little better, meaning he has dirt on each one of them and he's finally ready to spill it.

We learn all of the secrets through alternating points of view.
But not just that, it's also told through alternating time frames.
So we hear from High School Ruby, College Ruby, and Now Ruby.
Same goes for their friend Ally, and new friend Steph.
Not going to lie, storytelling in this way is probably one of my favorite things.
It gives such an awesome dynamic to all of the characters; how they grew up, who knew what, when things were happening, it's just fantastic storytelling. This book didn't let me down in that aspect either. Each character had a relationship with Danny that flourished in it's own way. He wanted them all to know that he knew everything. He was the only one who knew these secrets, and maybe that's what led to his death. Maybe they expected too much from him, but really, they only liked him when it was convenient from them.

Now, when I started reading this, I was getting Th1rteen R3asons Why vibes, which was quickly squashed, but I'm okay with that. After Danny O.D.'s, his mother found letters in his room to give to his friends, letters that contained their secrets. The letter he wrote explaining all of the letters to them also mentioned if the secrets aren't told to the others, someone may have a way of letting the truth out. So 13RW is immediately where my mind jumped.
But then some of the members of their crew get additional letters that all say the same exact thing...
So, hello, obviously they are being stalked (they aren't but ya know, good storytelling). Once the stalker aspect came into play, I immediately jumped to Pretty Little Liars, but again those sneaky little thoughts were quickly squashed too.
But with everything I've said, I thoroughly enjoyed Friends and Other Liars!
It had just the right amount of secrets and tied up very nicely in the end (which I actually read first because I have no self control).
Huge thank you to NetGalley for an e-arc of Friends and Other Liars.
Even bigger thank you to Sourcebooks Landmark for thinking of me and sending me a physical copy of the book!
Posted by Jessica at 8:04 AM No comments: 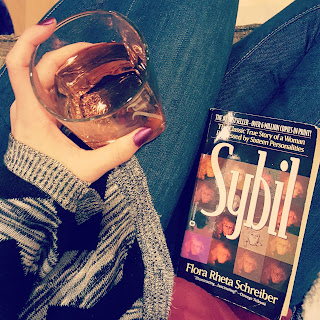 After reading about Sybil for TWO WEEKS (yes it took me that long) I can honestly say I am glad to have read her story. As a psychology student, I wanted to read this so badly. It is so intriguing the way our minds develop and how it can protect us from a variety of situations.
For those of you who don't know, Sybil is the first reported Multiple Personality (now called Dissociated Identity Disorder [DID]) to be psychoanalyzed. She was living on borrowed time, lost time, and confusion. She often woke up not knowing what she had done for the past few days, weeks, and sometimes even years. She had forgotten her multiplication tables in 5th grade because she had no memory of learning it. She would find broken glass with no recollection of how it had gotten broken. She would come home to find new things she assumed her father had built her, even though he didn't live near her or visit often... She would find herself walking down unfamiliar streets in the winter with no gloves, jacket, or hat. She had no idea it was because someone else had led her there, someone in her own body.
Sybil had 16 different alters (average alters for DID patients is 8) who occasionally took control of Sybil's body and began living the lives they had dreamed. Throughout the book, Sybil has to come to terms with the fact that these alters (her doctor, Dr. Wilbur, called them personalities) were a part of her and she had to understand what they wanted and how they could help her become a "whole person". The alters were different ages depending on when Sybil's mind developed them to help protect her against whatever was happening at the time.
Dr. Wilbur learns of Sybil's abuse (common in DID patients). She was sexually abused by her mother at a very young age. She shared a bedroom with her parents until she was nine years old and often witnessed their sexual acts. Her father was deeply rooted in their local church and often pushed his Armageddon views onto his daughter. When her favorite grandmother died, her parents "forgot" about her and left her in the bedroom until the funeral was over. Each of these events, and many others, caused Sybil to disassociate from herself because the emotional baggage was too much to carry. Each of her alters became an emotion that she could hand off to them as a way of saying "Please take care of this for me, I do not wish to be included."
For 11 years, Dr. Wilbur and Sybil worked together to find the trauma that caused this phenomenon, analyze each alter as an individual, and eventually integrate all the alters into one person, Sybil.

Before I read this I found many reviews that questioned whether or not Sybil was actually suffering from DID or if her doctor pushed the idea onto her. Honestly, I believe she was definitely suffering from DID. However, the terminology of the book is slightly outdated (I mean it was the 1950's what do you expect? I mean she went to shock therapy for God's sake). But it really showed how psychology has evolved over the years, but the ideals behind it remain the same.
Posted by Jessica at 12:55 AM No comments: 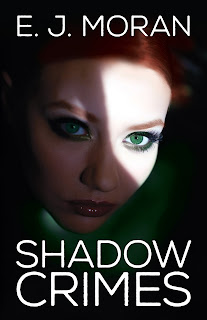 I have teamed up with PICT to provide an exclusive excerpt of E. J. Moran's new book Shadow Crimes! Check it out!

I also went ahead and bought the e-book for my Kindle because this excerpt was so good!!

Looking for my review?
Shadow Crimes
Posted by Jessica at 12:24 AM No comments: