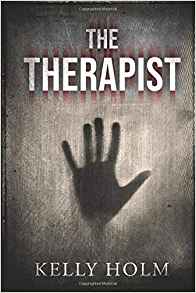 Everything about this book sounded like it was right up my alley.
A therapist, a potential murder, and a twist.

So this book is told through 3 different POV's; Larisa, Mila, and Leo.
Now their lives are all connected, they just don't know it.

Lets start with Larisa. She's a real estate broker with a dark secret. At 18 years old, she accidentally killed her baby. She didn't know what to do and had no one to turn to, so she buried her child in the woods and has been having panic attacks ever since.

So Mila, oh my god. She's the dumbest therapist I've ever met. She loses her mother early on in the book. But for some reason she's only in town for like a day and a half and then hurrying back to her new home, new life, and new practice. It was painful reading her chapters because she ignores everything her gut is telling her and continues making stupid decisions.

And finally, Leo. He dated Mila's mother, Krystal for almost 30 years. When she dies, he's distraught beyond belief. But soon he finds out a sinister secret about her death and dives head first into an investigation of his own.

So, I have some problems with this book (it is an ARC though so I'm hoping some of this changed before it was published). For starters, it doesn't make any sense in the world for a girl fresh out of college to be able to open her own practice and have a steady stream of patients that soon. It's just not logical. Then, something causes the author to change the name of her cat more than halfway through the book? I hope this was merely accidental because Milo and Smokey aren't names that make sense to be used interchangeably....AND FOR THE LOVE OF GOD if you're writing a character investigating something how in the world do you think, "Oh let me take this thing from the scene of a crime in hopes that it will help convict said person in the future" LIKE HELLO IF IT'S NOT THERE HOW IS IT GOING TO HELP CONVICT THEM.

That ending was.....atrocious.
So many loose ends, vital information isn't mentioned until the last 10% of the book, and an illogical trip to Thailand that apparently makes Mila finally realize everything she's a part of is dangerous, illegal, and heinous, only to turn around and do it again.

I love the concept for the book although it was incredibly predictable. It had good potential and some of the chapters are fantastic, but overall I was disappointed with the way it was written.

Huge thanks to BookSirens for sending me an advanced copy!
Posted by Jessica at 8:46 PM No comments: 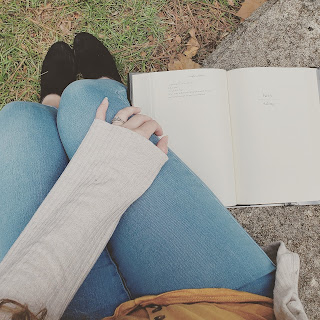 How?! How in the world did Stephen Chbosky write this and Perks of Being a Wallflower?! I've asked myself that questions repeatedly over the last 3 days of terror while reading Imaginary Friend.

The whole premise revolves around a 7 year old boy who gets lost in the woods for 6 six days. When he's found, everything has changed. He feels smarter, people are noticing him, but all he can think about is going back into those woods to see the nice man who saved him.

It doesn't sound scary from my description but I was legitimately sleeping with the light on because the whole premise of the book is to not fall asleep. The imaginary world wakes up when you fall asleep. The terror of seeing their bleeding eyes, hearing the desperate cries for help, watching the blood flow through the street of each person's personal hell would be enough to keep you awake.

I'm amazed that after 20 years, Stephen Chbosky came back with such a kick-ass book. Perks is one of my all time favorite reads. So even though Imaginary Friend is a completely different genre, Chbosky's fingerprints are all over it. It's obvious that he worked so hard to craft this imaginary world into something horrendous and I definitely enjoyed every minute of the terror.

Looking for other books by Stephen Chbosky?
Perks of Being a Wallflower
Posted by Jessica at 10:22 AM No comments: