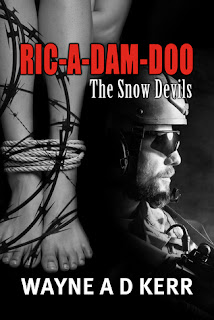 Alright guys, I have another giveaway for you!
I am giving away 5 SIGNED COPIES of Ric-A-Dam-Doo, courtesy of author Wayne Kerr!!


At the end, I will randomly select 5 lucky readers to receive copies of Ric-A-Dam-Doo!
Wayne has also provided an exclusive excerpt from the book, check it out below!!